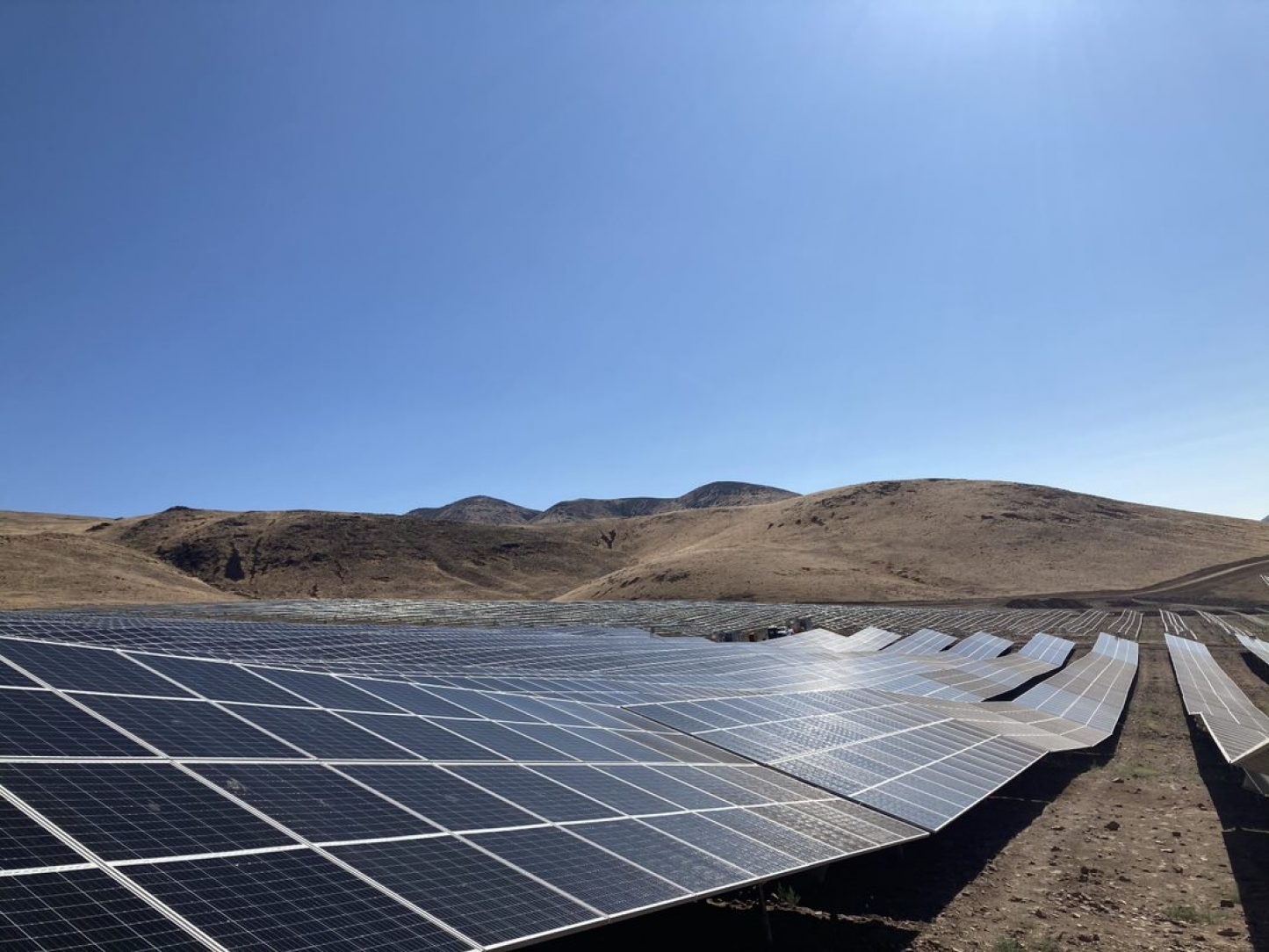 It is a massive, standout project — but one planned on nearly impossible land for a solar array. Turquoise sits on approximately 180 acres of igneous rock and a ledge at a mountainous base.

The project site for our 2020 Utility-Scale Project of the Year, as voted by the Solar Builder readers, is in the Reno Technology Park, approximately 15 miles northeast of the city of Reno. The Park is a 2,200-acre master planned industrial park shared between Apple, which owns approximately 1,600 acres, and Turquoise Solar, which owns approximately 600 acres. Apple’s major Nevada data center campus is in the Park with more than 300 MW of load. Upon completion, Turquoise will provide power via Nevada Energy, allocated for Apple’s data center through their Green Energy Rider Agreement with NV Energy.

Turquoise sits on approximately 180 acres of igneous rock and ledge at a mountainous base in Washoe County, Nevada. After numerous failed trials from other solar installation companies who attempted to drive their pile system into the site’s rocky terrain, the project owner, Greenbacker Renewable Energy Company requested TerraSmart. Known for a proven ability to forge into arduous soils with a proprietary ground screw foundation, TerraSmart was hired to not only install the solar racking foundation, but also to manufacture and provide all of the ground screws and legs that sit atop of them to hold up the solar module racks.

The rocky terrain and arid climate called for the most durable coating system in the solar utility market – hot-dip galvanizing. The hot-dip galvanized coating was tough enough to withstand the rough installation process of the screws literally being drilled into rock as well as provide long-term corrosion protection for the legs atop them. The legs hold all of the weight of the solar racking and panels, and will be exposed to desert heat, sand, and rock. Hot-dip galvanizing ensures they will be safe and corrosion-free for years to come.

Because of the very close working relationship of TerraSmart with the galvanizer, this project was able to become a reality. The demanding project in terms of schedule, galvanizing turnaround, difficulty of installation and challenging terrain make this utility scale solar project one-of-a-kind. The success of this partnership will deliver power to one of Apple's largest data centers for decades to come.