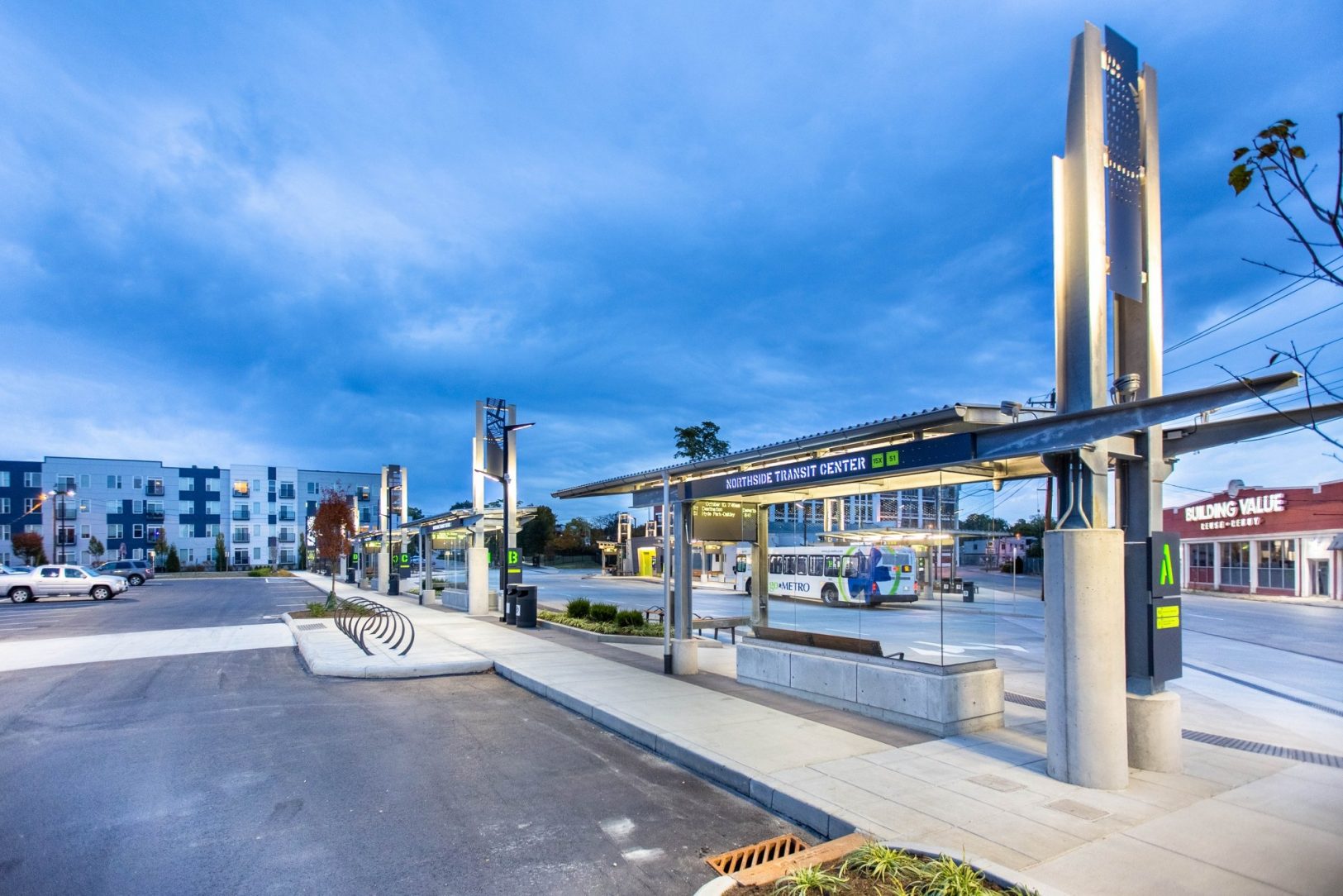 After breaking ground a little less than a year ago, the Northside community is home to a state-of-the-art transit hub. ~ Metro CEO Daryl Haley

The Northside Transit Center is the culmination of many years of effort to improve the public transportation infrastructure in the Northside community. Metro broke ground on the transit facility at the end of October 2019, and just less than a year later, bus service began. The much-anticipated project offers residents and visitors a safe and efficient way to travel through one of Metro's busiest service areas in a central, off-street location.

The opening of the Transit Center is a big step in making Metro safer and more convenient while contributing to the economic vibrancy of the Northside community. Northside is Metro’s second-busiest transfer location, after Government Square downtown. The new center is at the intersection of Spring Grove Avenue and Blue Rock Street.

The fabricator and the galvanizer worked closely together to meet the deadlines for galvanizing and the installation for the October opening. Both initial appearance and long-term aesthetics were a major part of the early conversations with the design team and the fabricator. The fabricator relayed the concerns to the galvanizer prior to fabrication of the steel. The galvanizer was able to assist and educate both the design team and the fabricator of optimal design and fabrication for galvanizing. This included proper venting and draining, steel chemistry selection and weld wire selection.

Ultimately the appearance concerns were eased, and galvanizing was selected over paint due to life-cycle cost, coating durability and corrosion protection. This high traffic area will serve the area’s residents for many years to come thanks in part to the durability and protection of hot-dip galvanizing.